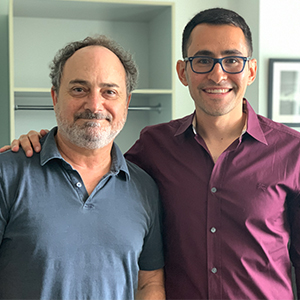 An interview with Kevin Pollak about how he’s been on the leading edge when it comes to media, having a sustainable career, his early mentor, how doing standup comedy prepared him for TV shows and his best career advice.

Welcome to the 44th episode of 5 Questions with Dan Schawbel. As your host, my goal is to curate the best advice from the world’s smartest and most interesting people by asking them just 5 questions.

My guest today is actor and comedian Kevin Pollak. Born in San Francisco, California, he’s had a multi-decade career in both film and TV, spanning over 80 movies and over 40 TV shows since I was born back in 1983. His most notable movie roles in the 90s include A Few Good Men, End of Days and The Wedding Planner. As a standup comic, he’s had his own HBO and Showtime specials and Comedy Central named him one of the Top 100 Comedians of All Time. In 2009, he started Kevin Pollak’s Chat Show, a podcast where he interviews his friends in the entertainment business. In 2017, Kevin joined the cast of the original series from Amazon called The Marvelous Mrs. Maisel. The show will be in its third season and won the Golden Globe Award for Best Television Series – Musical or Comedy in 2017 and the Primetime Emmy Award for Outstanding Comedy Series in 2018. We sat down on the set of the show at Steiner Studios in Brooklyn, New York, to talk how what he’s learned throughout his career.

Video interview from the set of The Marvelous Mrs. Maisel in Brooklyn, New York:

My guest today is writer, producer and director, Rodney Rothman. Rodney is best known for … END_OF_DOCUMENT_TOKEN_TO_BE_REPLACED

My guest today is actor and film producer, Patrick Renna. Patrick is most known for his role as Ham … END_OF_DOCUMENT_TOKEN_TO_BE_REPLACED

My guest today is sports TV personality, radio host, and author, Stephen A. Smith. Stephen is the … END_OF_DOCUMENT_TOKEN_TO_BE_REPLACED