This is the third post in a series spotlighting top Gen Y’s who are rocking the corporate world.

Veering off the path 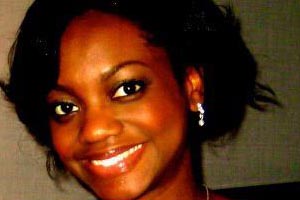 As an extreme planner, it was pretty weird for me to decide not to continue with the goal I’d been working toward for so many years — in fact, it was downright out of character. But something in my gut told me it was time to try something a bit different, to build a new skill set. So I decided to turn down what had always been my dream job for something I knew far less about. I chose not to go for the television news producer role that had excited me for years; instead I took a very unexpected job offer that came my way.

I never planned to apply for that particular job, but when a classmate offered to pass along my resume senior year of college after interning there for the summer, I decided to passively throw my hat in the ring. I never expected to really hear back, let alone fly out to Mountain View for an interview, then receive the job offer.

When I first started at Google, I set out to learn as much as I could about the broader media industry — digital media, sales skills, marketing, and the basic building blocks of business. Instead I met some amazingly inspiring colleagues, took courses on everything from data visualization to kickboxing, and learned that I enjoyed client services — but that I was in the wrong sector. Marketing and advertising seemed to be tangentially related to areas of interest for me, but as I browsed periodically through job listings, roles in communications began to appeal to me more and more. I was in a very comfortable job, but it was one that didn’t feel quite right for me.

When a small, corporate PR firm in New York offered me a job, I had to spend some time thoroughly considering my options. Here was my chance to begin a communications career that I felt was more interesting for me than my current role; however, I’d be making a big leap of faith — leaving a large, comfortable, company with amazing benefits (and lots of free food) for a small firm in a new city and industry. I wasn’t sure what to do.

I decided I’d give it a try. I left my job and started something brand new. It’s been over a year and a great experience so far. I’ve learned much about communications strategy in different industries — some that I’d like to continue to learn about and others that I’ve had enough of. But I can tell that this career path is one that I’d like to stay on for a while. Nevertheless, while I’m a self-proclaimed planner, it’s really been the choices that have led me astray, veering me off my projected path that have led me to my most fulfilling career moves.

« 74 Of The Most Interesting Facts About Millennials
Gen Y Rockstar Series: William Connolly »

My guest today is entrepreneur, reality TV star and author, Bethenny Frankel. Bethenny is the … END_OF_DOCUMENT_TOKEN_TO_BE_REPLACED

My guest today is actress and author, Jennifer Grey. Jennifer is best known for her lead role in … END_OF_DOCUMENT_TOKEN_TO_BE_REPLACED