This is the first post in a series spotlighting top Gen Y’s who are rocking the corporate world. 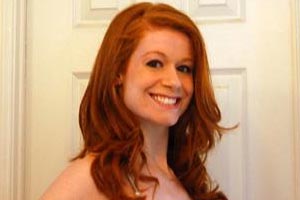 Now, I know what you’re thinking. We’re all products of Facebook, right? We all waste countless hours a day checking in on everyone – friends from high school we never talk to in real life, our co-workers, our exes, our neighbors – constantly hitting refresh on that massive time suck that is the News Feed.

But I’m different. I can credit the most important point of my career – hell, my life – to Facebook. And now, five years since that moment, I realize how unbelievably different my career experience is from that of my parents.

For them, the path was simple. They grew up, studied hard in school, went to college or learned a trade, then lived a nine-to-five grind of more than a decade at each of the handful of companies they worked at as our parents made their way to retirement.

Today, there are no linear career paths. Industries change faster than the education system can keep up. Students come out of college with massive debt and little direction. According to Forbes, ninety-one percent of Millennials will stay in their jobs for less than three years, accruing a total of 15-20 different jobs throughout their lifetime.

So, in a world where everything is different, how do you choose your path?

While I dreamed of designing a car, the University of Notre Dame hadn’t had an automotive design program since Studebaker was a car company.

But, I saw an opportunity during my senior year of Industrial Design when Mazda announced it was holding a first-of-its-kind design competition. The challenge was to submit a new vision for the 2018 Mazda3 and have it voted on by Facebook’s users.

I knew this was my opportunity and I submitted my entry a mere four minutes before the midnight deadline.

Over the next few weeks, I watched as my name and photo appeared on Mazda’s page to be voted on by the Facebook community – first as a semi-finalist, then as a finalist, until there was only one name left. Mine.

I flew out to Los Angeles to build my concept live at the 2007 LA Auto Show with the help of a team of the best designers and clay modelers in the industry. I gave a press conference, countless interviews, and even found myself featured in Glamour Magazine as the Awesome Woman of the Moment.

I was offered a coveted internship as a result of my hard work, and gave up my last semester to work in Mazda’s Design Studio in Orange County, California. I worked on a second concept car, and wrote and designed a 100-page coffee table book chronicling the creation of one of Mazda’s greatest concept cars, the Furai. The first copy of that book still sits at the Mazda Museum in Okinawa, Japan.

The rest of my career has followed the same guiding attitude – take risks, jump at opportunities, try new things, find my path. When the automotive industry fell apart and left me with few job prospects, I worked as a freelancer in web design, apparel design and marketing while working at Urban Outfitters to pay the bills.

I found an opportunity at Mattel as a Coordinator, and although it wasn’t a design role, I jumped in to learn everything I could about the business side of the world’s foremost toy company. I used it as a jumping board to a Senior Design role, working on iconic brands such as Hot Wheels, Max Steel, and newly-launched Monster High.

Then last fall, while attending San Diego Comic Con with Mattel, I met up with the former editor of Jalopnik, a car site that featured me when I won the Mazda Design Challenge. That afternoon he asked me if I might be interested in joining Gawker Media as the Director of their new in-house custom creative team, Studio@Gawker.

As for what’s next, who knows? Take risks. Jump at opportunities. You don’t need an MBA to get ahead, but you do need experiences. Don’t like what you’re doing? Try something new. After all, you’ve got 15-20 jobs to find your path.

« Turn Yourself Into a Case Study
Video: Gen Y in the Workplace »

My guest today is actor and film producer, Patrick Renna. Patrick is most known for his role as Ham … END_OF_DOCUMENT_TOKEN_TO_BE_REPLACED

My guest today is sports TV personality, radio host, and author, Stephen A. Smith. Stephen is the … END_OF_DOCUMENT_TOKEN_TO_BE_REPLACED

My guest today is actor, singer, writer, and producer, Corey Feldman. Corey is best known for his … END_OF_DOCUMENT_TOKEN_TO_BE_REPLACED