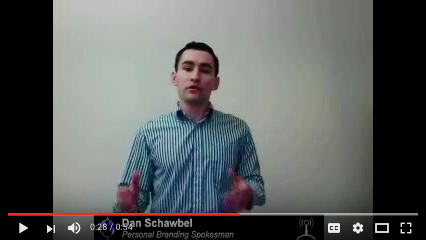 After writing about a dozen blog posts in 2016, I started to film video content in early 2007. Back then, there weren’t many video bloggers and video wasn’t as optimized for search engines as it is today. As with most of my business ventures and projects, I started from scratch. I used a Logitech video camera to film myself and put the camera on my dresser so it would be able to capture the top half of my body. For my first video, I did a basic introduction of myself and my writing on the topic of personal branding, which was my core platform back then. The video was extremely amateur but my philosophy was that it was better to publish something than continue to strategize about it. Even today, while most people talk about their goals, I’m already in the process of launching something new.

Despite the low quality of the video, the process of filming, editing and publishing was critical in helping me become more comfortable on camera. While I could have read a hundred blog posts on how to create a successful video blog, the act of actually doing it was much more valuable to my learning and development. For future videos, I took one piece of career advice and turned it into a short video. While I never grew my YouTube channel into a major platform with thousands of subscribers, I was able to translate the experience into being part of TV segments later on. Looking back, I don’t think I would have been capable, especially as an introvert, of appearing on TV without first publishing amateur videos online. The reason why I haven’t taken down my original videos is because it shows my personal and professional growth over the past nine years!

After my first book came out, I met Tory Johnson, who produced career segments for ABC News NOW. After multiple emails, she generously booked me for a segment on her show focused on how job seekers can build a personal brand. As with almost everything in life, you can’t forget the original people who opened up doors for you because over time, you’re able to leverage one opportunity to create additional ones. The interview was hard in that she provided me with the questions she intended on asking me, yet didn’t ask a single one. I learned to think on my feet during the interview, which prepared me for over two dozen TV interviews in the future, that were much higher stakes! Since TV segments are between two and six minutes in length, it’s critical to be able to think quickly and speak in soundbites.

I leveraged the ABC News NOW interview in order to appear on more segments, both locally and nationally. While many people want to immediately appear on national TV, I find it valuable to fine tune your presence on local channels before taking the national stage. If you fail on national TV, you will almost never be asked back because producers keep track of your performance and remember it when searching for talent for future segments. You want to be someone who is easy to work with and they can trust to perform well consistently because that’s how they look good and get promoted. 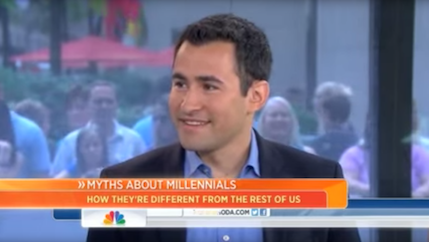 One of my life goals was to appear on NBC’s The Today Show and while I had a few contacts there, including a former intern, I was never able to get on. I also pitched several segment ideas and gave exclusives on my latest research studies to no avail. Then, one day, one of the lead producers found an article on Millennials that I was quoted in and decided to give me an opportunity. Her finding that single article I wrote is a reminder that while you might publish content online for free, people may find it and reach out to you now or in the future. The producer called me and started asking several questions to ensure that I was qualified and had talking points for the segment, which felt like a phone screener for a job interview.

Then, she flew me from Boston, where I was living at the time, to New York. I was extremely nervous because you could tell by the producer that she wasn’t completely confidence in having me on. When I entered 30 Rock, I checked in and then went up to greet the producer who took me to a waiting room. We spoke and you could feel the tension in the room, along with how stressed out the producer was based on the fact that her hands were shaking. Next, they moved us to the makeup room and then finally we were positioned on the set and ready to go. The segment went very well, except for one mistake I unknowingly made that most people wouldn’t catch besides the producer. All in all, the segment gave me the confidence to do several TV segments throughout the past few years and I’ve been able to leverage my appearance to generate new business.

My guest today is actor and film producer, Patrick Renna. Patrick is most known for his role as Ham … END_OF_DOCUMENT_TOKEN_TO_BE_REPLACED

My guest today is sports TV personality, radio host, and author, Stephen A. Smith. Stephen is the … END_OF_DOCUMENT_TOKEN_TO_BE_REPLACED

My guest today is actor, singer, writer, and producer, Corey Feldman. Corey is best known for his … END_OF_DOCUMENT_TOKEN_TO_BE_REPLACED