An interview with Dan Carlin about how he became an effective storyteller, his most proud moment, how he produces Hardcore History, a time when he became more resilient and his best career advice.

Welcome to the 56th episode of 5 Questions with Dan Schawbel. As your host, my goal is to curate the best advice from the world’s smartest and most interesting people by asking them just 5 questions.

My guest today is the host of the Hardcore History podcast, Dan Carlin. Born in California, Dan is the son of actress Lynn Carlin and film producer Ed Carlin. He obtained his degree in History at the University of Colorado Boulder before breaking into TV news in the 1980s as reporter for KVAL-TV in Eugene, Oregon. From there, he hosted Common Sense, a podcast where he evaluated current political trends, from 1994 to 2014. In 2015, he launched Hardcore History, a podcast that explores topics throughout world history such as The Cold War, The Asia-Pacific War, a series on Genghis Khan, the fall of the Roman Republic and a series on World War 2. The podcast has won several awards and has a massive following of over seven million listeners. I spoke with Dan about his new book The End is Always Near, his personal history, how’s he’s built his following and his best career advice. 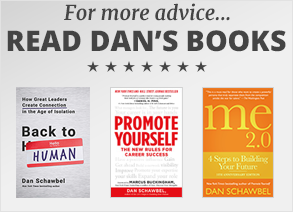 An interview with Melissa Ben-Ishay how she benefited from losing her job, how she overcame her … END_OF_DOCUMENT_TOKEN_TO_BE_REPLACED

An interview with Suzanne Somers about how she’s had a sustainable career since the 1960s, the … END_OF_DOCUMENT_TOKEN_TO_BE_REPLACED